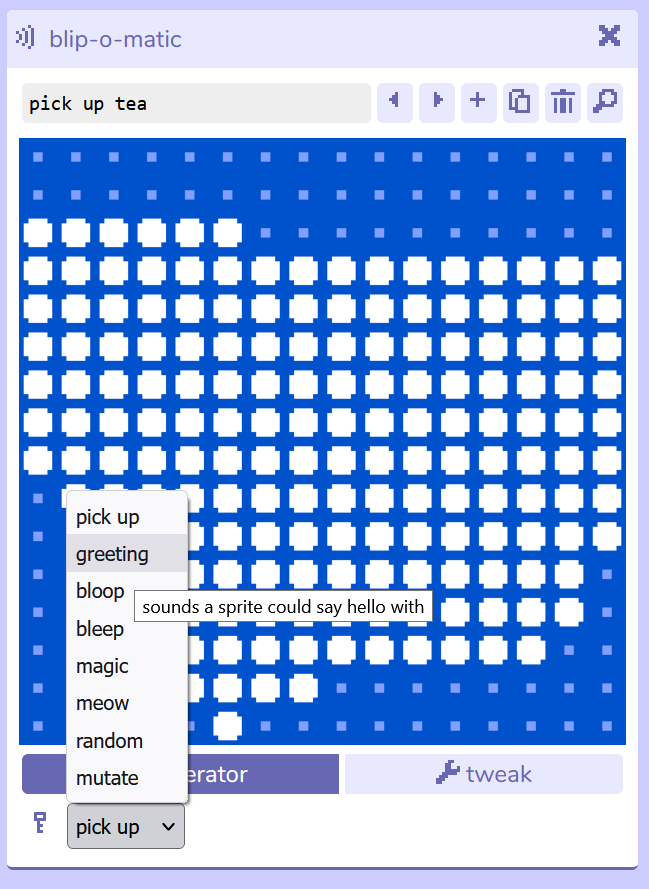 it's a been a while since I last written about the sound update I'm working on (although I did post a short video of the tune tool on twitter a couple of months ago).

progress has been slow but steady, and I'm at a point now where I have some version of all the features I've planned for this update. now I'm working through the process of squashing bugs, cleaning up code, and smoothing out some rough edges in the tools.

so far I've focused mostly on music when talking about this update, so for this post I want to write a little about the new sound effect tool: I'm calling it the "blip-o-matic".

the blip-o-matic lets you randomly generate sounds for different interactions in your game. first you select a sound category, such as "pick up" or "greeting", then just create new sounds until you find one you like!

if you want to see it in action, I posted a little video over on twitter.

for more fine-grained control, you can switch to the "tweak" tab to adjust the sound's pitch, duration, and speed. 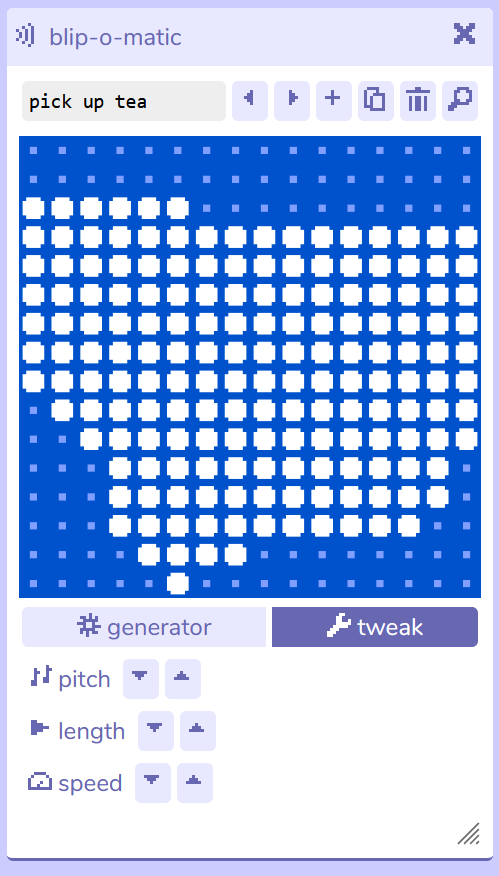 I'm having a ton of fun messing around with this tool and I'm getting excited about its potential - and I'm even more excited hear what you all will make with it! :D

I'm so excited for this!!!! This will really add a whole new level of charm to Bitsy. <3 And hopefully inspire more creators to make their own sounds and music! :3

Say, what events do you plan to include in the tool? Would it be possible, say, to add a sound to the avatar's steps? Or have "add sound" as a scripting option in the dialog?

however I am definitely adding the ability play a sound from dialog scripts! (and music too)